God Almighty would not take His words from Earth unless He was done with this stage of mankind’s development.   God rolled His words up like a scroll unto the Heavens, which I did see in a vision.   Man’s creation part II.  This stage of our creation called ‘spiritual choices and implementation of Faith’ by mankind is about over. 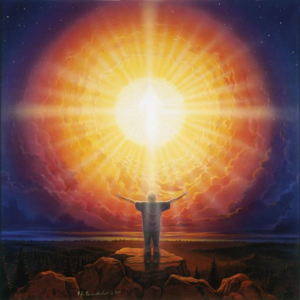 “Each man is given a measure of Faith”.   To grow or to let go.  To dance with or run from, to use and build treasure in Heaven or to choose the dark halls of Hell.    Not every soul is akin to the light, some are for darkness and prefer it.  Some are headed for the eternal home of Hell.  Option three is to put Faith in some Earthly entity that is no god.  We must guard over and heart by giving Jesus authority over it.

God gave us free will to choose who we are spiritually.  He laid out at least 4 templates of spirituality.  Of which man makes choices to choose & walk in one of those spiritual templates.

If God’s children were supposed to serve the beast (ordinances of men) “for the Lord’s sake” of all things, what would that say about Jesus?  That He is somehow desperately dependent on our actions and the beast’s commands in some way?  “Pish posh” says the Scribe of God. 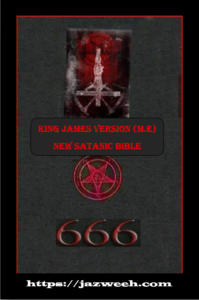 The 1st Peter 2:13 scripture  below is total bullshit along with many of the new & newly desecrated verses.  It also contradicts the true scripture.

By serving men instead of God we are all subject to the mark of the beast and commanded to mix iron with clay.  To hand ourselves over as slaves to the beast. To allow the beast to control our minds by high tech desecration mixed with beast/rodent/chimp dna.  The shot. Many Christians are just lost knowing the bibles and not knowing God Himself.

I say this, take what is true and throw the rest of the biblical pish posh into the trash pile.  But we need to have the Holy Spirit of Truth & know God’s Love toward us & to discern Truth from lies in these rewritten bibles.  When a man seeks God He finds God.  By that man’s choices toward God He is born again.  This happens when we pray to God from a True heart’s voice for help, guidance, healing, and deliverance from self destructive and dysfunctional behavior patterns.  These patterns of self annihilation are programmed into young children by the beast system.

It’s not okay that the bibles are full of lies and deception that are written expressly to enslave humanity into religious oppression.

1st Peter 2:13
“Submit yourselves to every ordinance of man for the Lord’s sake: whether it be to the king, as supreme;”

1Corinthians 7:23
“You are bought with a price be not servants of men.”

John 8:36 “He who the Son sets free is free indeed.” That scripture is now desecrated into an “iffy” maybe.

“If the Son therefore shall make you free, ye shall be free indeed.”

“make” (in red) implies there is no free will involved which is BS. “therefore shall” is ridiculous & erroneous grammar.a waste of space.

Bibles used to contain wisdom.  They were articulate to nearly literary perfection.  No literary stone was left uncovered.  Bibles then, before the desecration was writing which left no room for assumption and preconceived notions leaving the reader baffled.  God’s seal was on the books protection them from most lies and blasphemy.

No more.
John 3:17 “For God sent not his Son into the world to condemn the world; but that the world through Him might be saved.”