Sinister Word Play is Clearly the Motive at the root of the KJV Bible’s Supernatural Changes.

Arm yourself with knowledge of the beast’s literary tactics behind the blasphemous desecration of God’s inspired words and you will then be privy to the “abomination of desolation” prophecy.  Or, more accurately the desecration of God’s words that were given to men and put into the book (KJVB).

Scriptural proof that the bible will be removed is in Amos 8:11 & 12 the fulfillment of God’s words being removed from Earth. 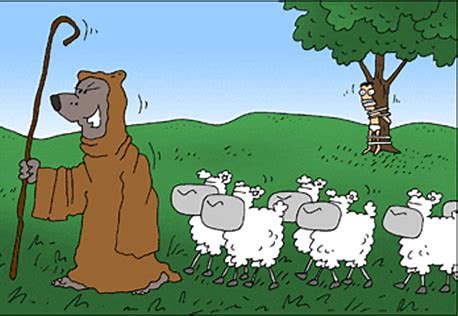 With the word “Dragons” and “dragon” now in the KJVB 16 & 19 times it has become a book of fables as prophecied.

For the phrase “which is in heaven” decoded= “witches in heaven” to be written throughout the KJVB they had to remove most of the “who art” “thou art” “who is” and the word “whose” from the book.

Why remove the word “who” from KJVB?  So Satan the father of lies, and author of confusion can make a mockery of the Christians using their book of course.  The book has become an idol full of lies.

The Sheep Know His Voice

And also the desecrated book now fulfills the prophecy that was once deemed a parable.  “The parable of The Good Sheppard”.  His sheep know His voice”.  The sheep do not hearken to the wolf’s voice when it bid them “listen to me”.(now the story includes a porter, no wolf).

What is “Sinister Word Play“?  When you take a word or sentence, make it sound fairly innocent/innocuous while the same sentence can also be defined as ‘vile’ and ‘perverse’ according to the English language definitions and literal meanings.

Example-“And moreover, because the preacher was wise, he still taught the people knowledge; yea, he gave good heed, and sought out, and set in order many proverbs.” Ecc. 12

Ecclesiastes WAS one of my favorite books because The Preacher showed himself as human instead of sanctimonious.  I knew each verse and the definitions of every word.  “good heed” was not one of them I assure you.

Why don’t most scholars and preachers see the supernatural changes to all KJVB?  The strong delusion sent out not by God (it is impossible for God to lie) but rather sent out by the author of confusion, the father of lies because they prefer the lie.  They wear not the belt of Truth.

Of course many would say about the above mocking script, “You have a dirty mind so you see evil because you are evil.”  Perhaps so.  But I think instead the wolf’s voice should be recognized by the chosen.  These are not the only type of changes.

Does being oblivious to intense mocking make a person “good hearted, holy” or does it show them as ignorant and blind?  You could say, sure when we were once children being taught lies in school such as “giant petrified tree trunks that our eyes see clearly are actually molten lava that just looks like trees.” Then we were innocent to guile and the motives behind such deception.(fear of the masses present a need to dumb them down lest they see their power & turn and rule over the elite.  If you don’t see motive, what can I say).

Moreover, If there were giants there were also giant trees no doubt.  We were taught NOT to believe what we see with our eyes, therefore discrediting our own intellect (demoralization).  And furthermore taught that “they” are smarter than us and “they” know way more and we clearly can’t trust our own perceptions by that program.  So they taught us how to memorize and regurgitate leaving out how to think for ourselves to be sure self worth was diminished. 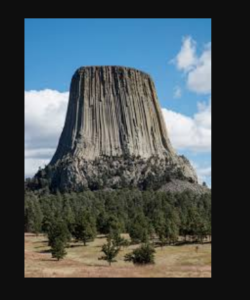 Anagram-An anagram is a word or phrase formed by rearranging the letters of a different word or phrase, typically using all the original letters exactly once. For example, the word anagram can be rearranged into nag a ram, or the word binary into brainy or the word adobe into abode.

Antigram is a variety of anagram, in which the letters of one word are rearranged to create its opposite. Examples of antigrams include united and untied, and the word forty-five, which anagrams to over fifty.

Polysemy is the association of one word with two or more distinct meanings, and a polysemy is a word or phrase with multiple meanings.

Polysemy is also the capacity for a word or phrase to have multiple meanings, usually related by contiguity** of meaning within a semantic field. Polysemy is thus distinct from homonymy—or homophony—which is an accidental similarity between two words; while homonymy is often a mere linguistic coincidence, polysemy is not coincidental.

Homophone
A homophone is a word that sounds the same as another word but has a different meaning and/or spelling. “Flower” and “flour” are homophones because they are pronounced the same but are not defined as same.

Homograph is a word that has the same spelling as another word but has a different sound and a different meaning:

contiguity (that looks like “guilty Con” is the principle that ideas, memories, and experiences are linked when one is frequently experienced with the other.   For example, if you constantly see a knife and a fork together they become linked (associated).

Then there’s the art of using letters that look like other letters for code.  For instance a “t” is just a crossed “L”. And “m” is a sideways 3.

And when ye stand praying, forgive, if ye have ought against any: that your Father also which is in heaven may forgive you your trespasses.

what? Word play is at hand. What happened to the word “WHO & WHOSE” that have nearly disappeared from the KJVB? “Our Father WHO art in Heaven hallowed be thy name.”

Proper English is replaced with corrupt grammar such as “them that” “those that” “they that” “them which” “those which” and “they which” leaving words like who, and whose in the dust of forgetfulness. ‘Them that’ is Garbage grammar that I learned years ago not to use in my own proper writing. But after the Mandela effect the word “who” is all but remembered.

Furthermore the book taken at its words is already extremely corrupt without also seeing the coded corruption.  Snide insinuation and sarcasm isn’t seen by most Christians when they read the new literature, style, and dialect.  Yes the KJVB is no longer “Old English” in all its poetic splendor.  I would now define the books dialect as “Norsemen, Viking, Hick” with its “lo’s” and its “yonder’s”.  Even Jesus using the word “yonder”.  Shocking.