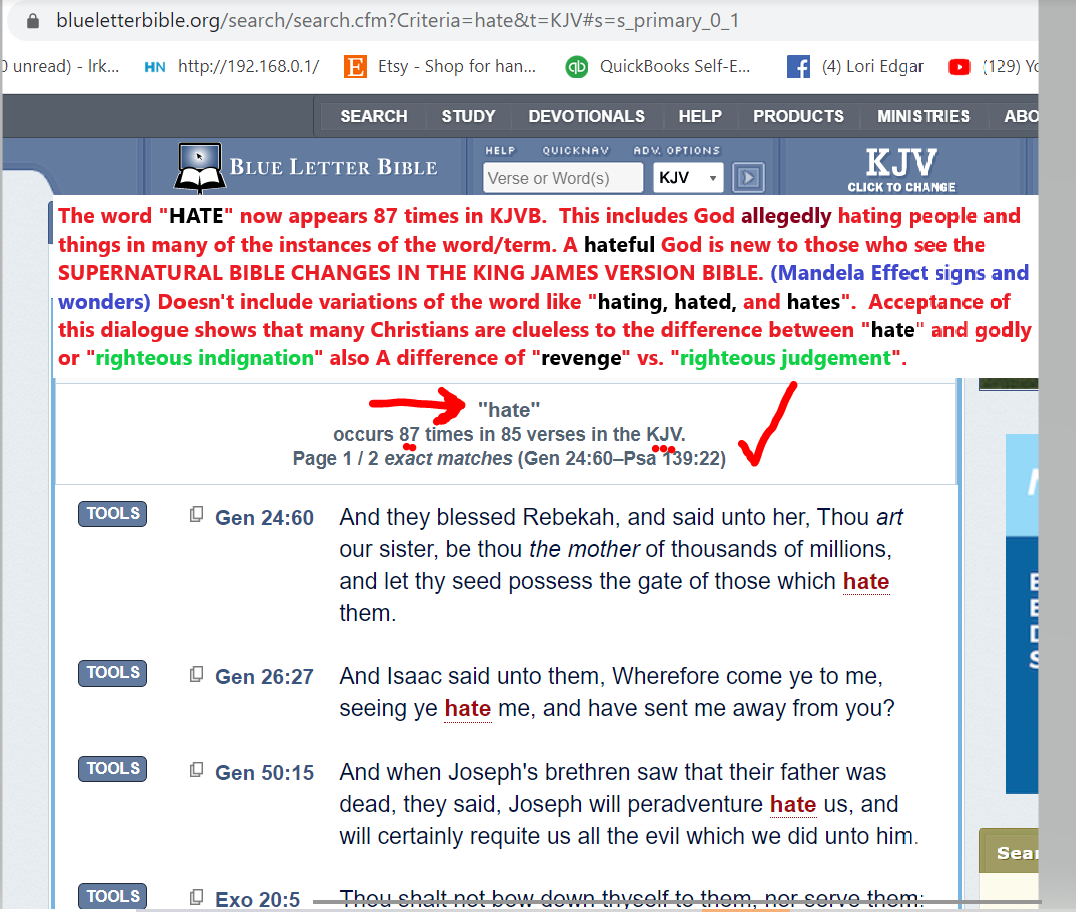 Those who serve God in Spirit and in Truth Know that God is Love and Therefore He Hates Nothing & No-one.

HATE is a carnal nature character flaw.  Do these Christians not know this?  ‘Love =good, hate =bad’ HELLO.

Manifesting between the new Bible of hate and the Christians who follow its preface, precepts, and lying deceiving hateful theme are showing us the beginning of the “off with their heads” mentality to kill true believers once again.  Just as in the days of the Spanish Inquisition and the killing of believers in Armenia and Turkey and on and on history repeats itself.  People want to blame and kill, they need a beast of burden to taper their self loathing and project it onto a nemesis.   Its one thing to identify clear and present danger by the enemy at large.  The beast system has many ways to kill us slowly that we have now identified, food, clothing, medicines and on and on come their toxic chemicals.  However its another thing all together to be in self loathing while unaware of it therefore in need of someone to blame and hate who is innocent of any harm toward thee.   Of this differentiation we must be clear.

“Love your neighbor as yourself” but what if they know not Love and are incapable of Loving themselves?  How then will they act toward you with Love?  No, instead they will hate you and call for your death with pitchforks raised and demented ideals glorified as godly.  Hence the prophecy good is seen as evil and evil is shown to be good.  We are in the upside down system of the beast.  God will take us before the first head rolls.

It will be the end times G.Trib believers who needed the gift of desperation to jolt them into being finally real and truthful with both their own heart and with God.  These are those whose heads will roll but it will be worth it for eternity sake. The flesh is as grass and profits little.

Must we teach the deceived the difference between right and wrong over again?  It seems they all lost their moral compasses with the fall of The book.  And I do not mean the “The Lambs Book of Life” I mean the only Bible that was in part the True Words of God.

Who in God’s name could argue with this kind of proof of who and what The Word of God really is.  Furthermore The Bible KJV WAS Holy because it did have Fathers words in it…but now…..not so much…not so much.

The Uncorrupted book also told us that “God is Love, God is Spirit, He is the I am that I am, God is faithful, patient, kind, longsuffering, full of Grace and mercy toward all.  God will turn NOONE AWAY.

If my heart hates and wants people to be punished then my heart will agree with the new book and all its disgusting changed scripture.  We who see, at this point do not even recognize most of the fables and lies in the book that we once loved to read.

This is no small thing for us and it should not be a small thing.  Especially when few others can see.  We have little validation though we know the changes to be true.  The book is upside down from what it used to say.

Some will portray on threads….sure ya I see the changes “what of it” they say.  If this phenomena is not one of the most horrendous things in your life to see, then something is not adding up.  The words of God are stolen from us and we are hurt and pissed.

YES we are also very honored and blessed at the same time and would have it NO OTHER WAY except that we SEE!  Now the shills that say “whats the big deal? Its all good Amos 8:11 supposed to happen.  Ya this is true its prophesied but we did not expect this to carry out in our lifetime…..therefore we who REALLY BELIEVE AND SEE will be going through emotional processes that will lead us into eventual acceptance.  This does take longer for some than others.  We are experiencing a loss and must go through all the stages of grief.

Don’t let the beast system deny you your sanctity of emotional processes of denial, anger, hurt, grief, sadness, loss, struggle to make those we love to see for not only their benefit but for the validation we so want from them….it ain’t happening unfortunately they CANNOT see what we see, so onward, we finally finally let them go emotionally to fulfill their own choice to be blind and comfortable, Onward through the process….we Love them, we thought we were equally yoked….we did not know there would be so few of us, finally we quit trying to convince, we get our validation of the signs and wonders where Father provides it to us and He does provide.  Many are called few are chosen…..now the mark of the beast is appearing on the foreheads of men.

So we Love those who are lost but we simply must allow them their freedom to choose by not harping on them as to what we see.   I am telling myself this believe it, I have struggled.  It just pisses the blind men off and scares them to hear what we see.  They see only that which they believe they cannot see what they don’t believe in.   So the words are true “they see what they believe rather than believe what they see” This is the foothold of spiritual blindness to see that which one believes rather than believe what one sees.

It rocks their world in a way they do not like.  We must leave them to their devices.  This is part of the separation of the goat’s and the sheep…ask Father to help you let go then perhaps finally our anger (be angry and sin not) shall subside and our peace will return in full.  If you see and didn’t go through this process perhaps your faith is great.  You may have even “the gift of Faith” that is above and beyond even the mature faith of the chosen. Look closely. 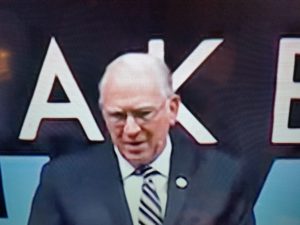 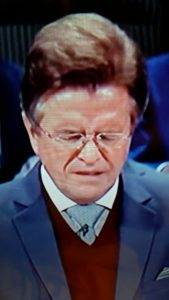 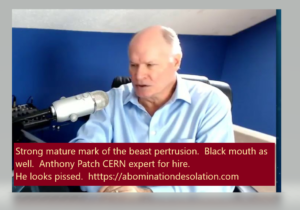 Supernaturally and obviously the mark is appearing on men who have already made their choice, on women too but its much harder to see.  Likewise the cross of Jesus is appearing on the heads of the chosen.  It appears like Jesus in a robe with His arms out to receive anyone who chooses Him/Love/Goodness/Truth.