Another ridiculous new scripture which the Christians renown as being the “Word of God” calling the book by Jesus’ name. Idolatry idolatry.  Is there such a thing as “over wise”?  No absolutely not.  Wisdom neither lies about its wisdom or hides its knowledge in a closet to be shamed by it.  The beast now by social edicate makes wisdom shameful and false humility of good character.  But do they not know that false humility is a lie?  “Pretend to be stupid flaunt foolishness” this is the world’s new social policy.  And their bible brings that precept of lies home.

“Be not righteous over much; neither make thyself over wise: why shouldest thou destroy thyself?”

Notice the winky after the blasphemy? DON’T BE RIGHTEOUS OR YOUR DIE! So righteousness is now self destructive and being wise will cause your demise.

The scripture was “be not wise in your own eyes” however even that’s questionable now because false humility is a lie in itself. If I am wise I have no problem embracing the Truth of it. Truth trumps false humility any day.

We give Ecclesiastes 7:16 the “BULLSHIT AWARD”. Or perhaps is a threat from the wolf saying those who are righteous will be slaughtered? Perhaps.

Be not righteous over much; neither make thyself over wise: why shouldest thou destroy thyself? 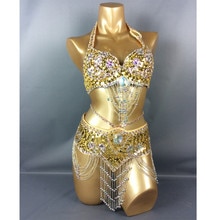 More biblical pish posh. Angels do not wear white linen at least not in the Holy Bible I remember. Girdles are now all over the bibles. God in a skirt and Jesus in a girdle. We know where their agendas are these days. The cross dressing deity is the work of the wolf’s rewrites.
The only truth left in bibles today is for posterity sake. The anointing of God is off the books. All of them. And they are full of blasphemy, lies, and insults to God and to man. Blasphemy that hide under the strong delusion. Only those who are no longer under the vail and withstood the Locust when it flew can remember therefore also see the many blasphemous and ridiculous bible changes.

Rev 15:6
“And the seven angels came out of the temple, having the seven plagues, clothed in pure and white linen, and having their breasts girded with golden girdles.”

God in a skirt word “love” is questionable.  Lets see what Strong’s delusion says about the word.

Now when I passed by thee, and looked upon thee, behold, thy time was the time of love; and I spread my skirt over thee, and covered thy nakedness: yea, I sware unto thee, and entered into a covenant with thee, saith the Lord GOD, and thou becamest mine.

H1730 “love” An uncle’s boiling love.   Ya that’ s messed up.  The wolf is vile.  And it always puts winkies after its worst desecrations of scripture.

Regarding the Supernatural Bible Changes & Those who embrace the Wolf’s Re-writes of Blasphemy.

The Scribe of God is trying with tears to understand those who study the Bible and proclaim Jesus on Youtube.  They seem so sincere.

God doesn’t take free will from any human as far as I know. But some people recognize free will as their worst trait. And by relying on & inviting God’s will in themselves some are changed to fit God’s will.  Rejoice in The Lord and He shall give you the desires of your heart. And some settle into the will of God by handing over free will with fervor. Their hearts cleansed by Jesus.  Free will was finally realized as being contrary to God’s will in them.

By the precepts of God in my heart I see clearly the desecration and blasphemy of the once holy books.

I wonder.  Is salvation manifested, fulfilled, by knowing Jesus?   Or is the Helmet of the Hope of Salvation in God enough to be entirely saved?

Jesus once said “Depart from me ye workers of iniquity, I do not know you”. To Hope for all Gods promises is spiritual.   & to come to know Jesus by Faith surely is Salvation. He is the Way the Truth & The Light.  God points mankind to Jesus.  That is my experience.  And in Jesus’ name The Holy Spirit is bestowed.  The Spirit brings gifts supernatural and eternal Faith, Hope Love.  And useful gifts like the prayer language a higher dialect..

But pray tell How can the many Hope in Him if they don’t know Him? But there is a man who is newly born-again God help him if he chooses the Bibles precepts over God’s Love toward Him. How will you know God if the bibles are rewritten by the wolf’s evil, nonsense, blasphemy? By prayer and by the heart of hearts we learn to know God Almighty.

If they learn God by the bibles then it’s the wolf’s precepts they embrace not God’s. His sheep know His voice that is why we know the books are changing magically.

Can a man know & adore Jesus and embrace the written precepts of evil & dysfunction simultaneously? All the while calling the book itself by God’s Son’s Holy Name? No, that is idolatry. A man cannot serve two Masters, the man would hate one and Love the other.

Then how is it they Love the wolf’s rewrites and proclaim Jesus synonymously simultaneously? They are deceived and blinded.  They emit deception when reading blasphemous script.  They often use denial and self deception to keep their book holy in their hearts. Then is the book their god? By changing the meaning of words they form their own god.  “hate” doesn’t mean HATE! They proclaim.  “Stupid” doesn’t mean STUPID they scream.  And when Harlot morphed into the word “whore” they didn’t blink, not an eye.

I ASSURE YOU JESUS (The Lion of the tribe of Judah who was in Isaiah 6:11) HAS LEFT THE BIBLES AND THE SHEEP TO THE WOLF! Whom they chose.  Yes Jesus has departed from man’s bibles.  Of this we are certain. His sheep KNOW HIS VOICE and that, ain’t it.  God’s anointing has left the bibles unprotected.  The security seal of Daniel is OFF the old and the new bibles.  All of them are desecrated.

My guide says this “how will you understand what you have never experienced?”  To understand those who embrace the supernatural bible changes fully… you would of worn a mask of silence (and I did).  But also you would of had to put on a cloak of false identity called “Legion”.   And they are many.

The many have subconsciously put on the cloak of religion.  The invisible mask & cloak makes them appear both benevolent and good.  It is their identity now.  They have become what religion told them to be.  Parrots copy cats, monkeys.  Blind guides.  Empty vessels blown too and fro by any wind of doctrine which appears in the now, fluid ever changing Bibles.

The Tower of Babel is at play here.