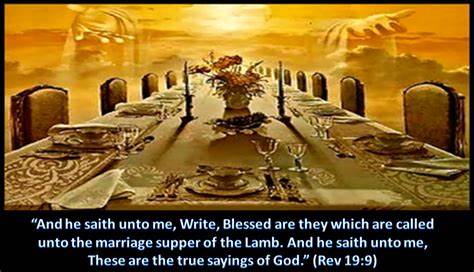 Scroll to the bottom to be given the interpretation of “The Last Trump” that happens in the twinkling of the eye.

I apologize folks but I have not been posting many changes.  There are no so many supernatural blasphemous, ridiculous, bible changes that I hope we soon will either leave this Earth to prepare to receive the New Earth.  Or I hope that as we are hidden in God under a safe spiritual blanket.   Just like the dream I had of being totally covered by a blanket of safety while sitting in a booth of sorts.

Anyway seems Christians have forgotten on the most part grammar and the English language itself.  They can’t see blasphemy in the books.  And they don’t remember what the once holy bible did say.

“Wisdom” means “wisdom”.  There are varieties but wisdom is always a good thing.  To define wisdom it is good and loving knowledge put into action.  For instance to say, what is humility?

Humility is the opposite of aggression.  To be quiet instead of raging violent wrath when someone calls you names.  Or to not boast and revel in the knowledge that one has.  To carry knowledge with gratitude by the faith that godly knowledge is provided to us by God IF we are teachable.

I don’t always follow my own knowledge to be sure.  I try.  Of course God did not create me to be perfect while I am an imperfect human.  That would be impossible.  I must accept my human condition.  I have no right to condemn myself.

“Where then are your accusers woman at the well?”

“I am the least of all apostles”.  This statement is false humility.  False humility is 99% lie.  Obviously St. Paul who was responsible for writing most of the real Holy Bible was in no way that I know of “the least”.  Anyway that’s a bible change so its a bad example.  He did say he was “chief of sinners” because he was the first to be born again.  That we know of anyway.

When somebody puts themselves down in front of others like this.

They are either fishing for compliments or they want to appear humble by lying.

The statement, again is a lie because I am a blessed child of God, The Mighty Creator of the Heavens and The Earth.  This makes me royalty in the spirit realm.  As it does all true believers in Jesus & The Father God & His Family.

“This wisdom descendeth not from above, but is earthly, sensual, devilish.”
Okay wisdom is ALWAYS GOOD.  There is no evil wisdom to date.  That’s why its called wisdom.  Its Godly and wholesome.  Of course any bible change can be explained away.  That’s why the author of confusion used passive insults and double meaning words and phrases.
Christians will say “Oh they don’t mean godly wisdom it mean slanderous speech”.
Some of us remember a book named The Holy Bible that was written by actual scholars in Old English.   These scholars were brilliant in the dialect.  Absolute Truth and articulate wording was their pattern of authorship.
James 3:15 would have clearly read “Railing accusations and slanderous speech are not from God but rather they born of darkness and of evil motives.”  Or something like that.  It would not have called slanderous speech “wisdom” are you KIDDING ME?  So I can sight 1,000 more just like it.  And still they cannot see out from under that pesky strong delusion.
I say this.  The days of the Locust’s reign on Earth are numbered.
The King James Version Bible is now written is what they call “Middle English”.  Kind of a Viking-Hick lingo for the illiterate.
How is it these Christians not only can’t remember but also they respect the new vulgar dialect.  Mean what you write and write what you mean is out the door.  They are now forces to implement lots and lots of conjecture when reading the book.  And they seem fine with that and the blasphemy.

I realized that ‘the trump of God’ is always a warning or an announcement from God.   It is God’s words.

Therefore the last trump is the last of His words on Earth to mankind.  That means once the bible is finally fully DESOLATE of God’s words and totally rewritten by the wolf.  Then “We shall not all sleep but we shall all be changed at the LAST TRUMP in the twinkling of an eye.”

Are you seeing twinkles in your eye?  This interpretation (guess) doesn’t mean the wolf won’t leave some truth in the bibles.  He will just for posterity sake do the rewrite that includes some original script.  Some true inspired message from God.  Probably ones that people fixate on and are very popular.

So we won’t know when the bible reaches desolation.  But I am sure we are getting very close to “The Last Trump of God” falling from the bibles.