What is WRONG With These Scripts KJVB? Supernatural deceptive signs and wonders abound by Bible Changes Covered Up by the Strong Delusion.

Words – “Crying, criest, cry, cried” Are multiplied in the KJV bibles. Creating insults to God and man by lying scripture that alleges the prophets and God and angels are whiners.  English is still English in spite of the illiterate 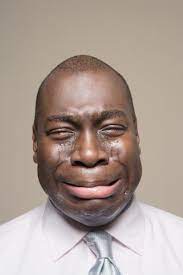 “Behold, the hire of the labourers who have reaped down your fields, which is of you kept back by fraud, crieth: and the cries of them which have reaped are entered into the ears of the Lord of sabaoth.”

“reaped down” really?   “Labourers” (spelling error).  “Which is of you kept back by fraud”? wtf does that mean? That is a nonsense sentence friends.  And WHO is this verse actually talking about?  Its nonsense with its run on sentence structure.  Structure, which INSULTS GREATLY the true & original articulate scholars of the original KJV?

“And, lo, a spirit taketh him, and he suddenly crieth out; and it teareth him that he foameth again, and bruising him hardly departeth from him”

“LO” is an old Viking term new in the kjv but taken from the movie “The 13th Warrior” where it was used by Vikings.  “And they turned unto FABLES”.  Much of the desecration if borrowed from movies.

“foameth again” is vile.  spirits can’t “teareth” anything.  “and bruising him hardly departeth from him” wtf?  Nonsense again.

This language is broken, foreign, and the Christians not only do not remember the true KJVB. But also, they are incapable of recognizing blasphemy.  They see not the vulgarity of the desecration.

This is the strong delusion before your very eyes.  If you study the books you may watch words change in front of you.  It happens over and over and over when your in the dividing of time (two times), two realities on one Earth.

When Father had them write “end of days signs and wonders” He clearly meant “MIRACULOUS WONDERS”.

New word “bowels”.  I knew this word would show up in the KJVB.  First “Loins” before that there was another term for intestines that was eloquent rather than vile.  Unfortunately I cannot remember it.

“The LORD’S voice crieth unto the city, and the man of wisdom shall see thy name: hear ye the rod, and who hath appointed it.”  PISH POSH God in Heaven is not some emotional man where he “CRIETH unto the city”.

“City” is new in KJVB.  Its obviously a modern term that has no place in once “Old English”.  HIS CHILDREN KNOW HIS VOICE.

Joshua the new BOOK.  In 1:5 God allegedly says “I WILL NOT FAIL THEE”!  What kind of blasphemy is this?  This is a phrase humans say, humans who are capable of “fail”.

“BARE” is mispelled “BEAR” throughout the bibles.

“BEAR“
occurs 215 times in 208 verses in the KJV.   Of which most are referring to “bare” as in “I can’t bare to see you go”.  BEAR is the animal.  Would English scholars know this?  Of COURSE THEY WOULD!

This little story that’s changed in dialect and style is making God out to be basically pitiful.  As if He needs to create scenarios so the worm Pharaoh will “Honour” Him.  ITS UTTER BULLSHIT BLASPHEMY that once again the Christians are blind to and don’t remember.   And I resent it.  Its offensive.

THE MOST HIGH CREATOR OF HEAVEN AND EARTH DOESN’T BEG FOR HONOUR FROM ANYONE Be Assured.  Nor do angels and prophets cry and beg as now shown throughout the desecrated bibles by the word “cry”.

Exo 14:18 is a RIDICULOUS SCRIPT OF BS.  The phrase along “gotten me honour” is pitiful.

“And the Egyptians shall know that I am the LORD, when I have gotten me honour upon Pharaoh, upon his chariots, and upon his horsemen.”

Word “CLOUD” is vastly increased in the KJVB. Why?  Thats the prince of the power of the air’s domain.  Its no wonder they changed “PILLAR OF SMOKE” to ”

Exodus 14:4
And I will harden Pharaoh’s heart, that he shall follow after them; and I will be honoured upon Pharaoh, and upon all his host; that the Egyptians may know that I am the LORD. And they did so.

Exo 14:5
And it was told the king of Egypt that the people fled: and the heart of Pharaoh and of his servants was turned against the people, and they said, Why have we done this, that we have let Israel go from serving us?

Exo 14:6
And he made ready his chariot, and took his people with him:

Exo 14:7
And he took six hundred chosen chariots, and all the chariots of Egypt, and captains over every one of them.

Exo 14:9
But the Egyptians pursued after them, all the horses and chariots of Pharaoh, and his horsemen, and his army, and overtook them encamping by the sea, beside Pihahiroth, before Baalzephon.

Exo 14:11
And they said unto Moses, Because there were no graves in Egypt, hast thou taken us away to die in the wilderness? wherefore hast thou dealt thus with us, to carry us forth out of Egypt?

The Sea Is Divided

Exo 14:13
And Moses said unto the people, Fear ye not, stand still, and see the salvation of the LORD, which he will shew to you to day: for the Egyptians whom ye have seen to day, ye shall see them again no more for ever.

Exo 14:14
The LORD shall fight for you, and ye shall hold your peace.

Exo 14:15
And the LORD said unto Moses, Wherefore criest thou unto me? speak unto the children of Israel, that they go forward:

Exo 14:16
But lift thou up thy rod, and stretch out thine hand over the sea, and divide it: and the children of Israel shall go on dry ground through the midst of the sea.

Exo 14:17
And I, behold, I will harden the hearts of the Egyptians, and they shall follow them: and I will get me honour upon Pharaoh, and upon all his host, upon his chariots, and upon his horsemen.

Exo 14:18
And the Egyptians shall know that I am the LORD, when I have gotten me honour upon Pharaoh, upon his chariots, and upon his horsemen.

Exo 14:19
And the angel of God, which went before the camp of Israel, removed and went behind them; and the pillar of the cloud went from before their face, and stood behind them:

Exo 14:20
And it came between the camp of the Egyptians and the camp of Israel; and it was a cloud and darkness to them, but it gave light by night to these: so that the one came not near the other all the night.

Exo 14:21
And Moses stretched out his hand over the sea; and the LORD caused the sea to go back by a strong east wind all that night, and made the sea dry land, and the waters were divided.

Exo 14:22
And the children of Israel went into the midst of the sea upon the dry ground: and the waters were a wall unto them on their right hand, and on their left.

Exo 14:23
And the Egyptians pursued, and went in after them to the midst of the sea, even all Pharaoh’s horses, his chariots, and his horsemen.

3 Replies to “Passive Insults toward God by “Crieth, Cry, Cries” Multiplied in KJV”