Including Other Humans?  Thou Shall not Kill.  Or-“Kill and eat”.

Vile vile vulgar is the book yet they see not its evil & double meaning.  Why?  Why do Christians read vile script and perceive it as “holy”?  Don’t they understand evil from good?  Do they not see the cannibalistic implications throughout the changed & once holy books? 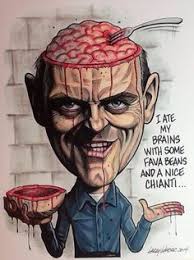 I hear the cannibals quoting their satanic holy book now while they chew on the brains of men they don’t like much.  Such as Hannibal Lector taught us in the grossest of the movie trilogy.   There are now lots of cabalistic  references in the book of innuendo. 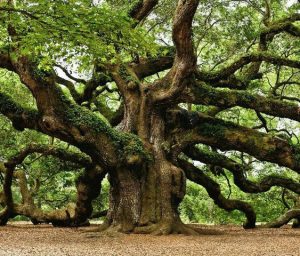 Tree of the Knowledge of Good & of Evil.  Now being withdrawn from most Christians and non Christians alike.

1Ti 4:1
Now the Spirit speaketh expressly, that in the latter times some shall depart from the faith, giving heed to seducing spirits, and doctrines of devils;

1Ti 4:2
Speaking lies in hypocrisy; having their conscience seared with a hot iron;

1Ti 4:3
Forbidding to marry, and commanding to abstain from meats, which God hath created to be received with thanksgiving of them which believe and know the truth. 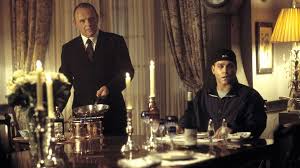 1st Timothy 4:4
“For every creature of God is good, and nothing to be refused, if it be received with thanksgiving:”

“For it is sanctified by the word of God and prayer.”   The book is calling itself god by naming scripture by one of Jesus’ names.  “The Word of God” (became flesh)

“And Jesus said unto him, Why callest thou me good? there is none good but one, that is, God.
“none is” is horrid grammar the scholars would have shuddered at such English  THEY WERE NOT STUPID ILLITERATES.  “No one is good. or None are good no not one.   Seems now the term ‘Old English’ is synonymous with “illiterate”.  It was not so, it was not so!